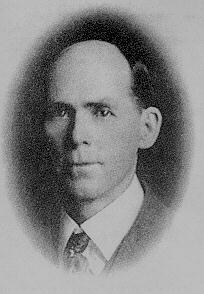 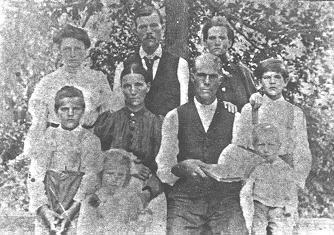 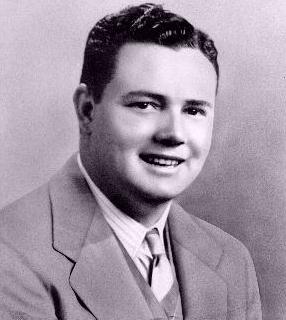 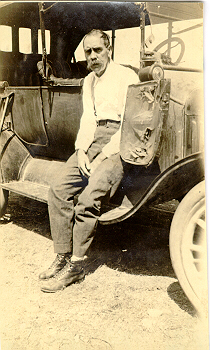 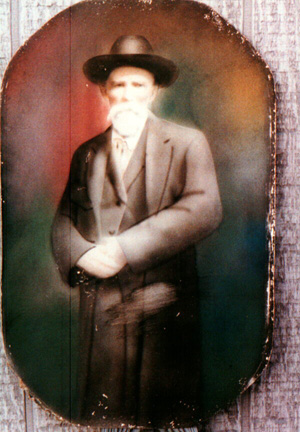 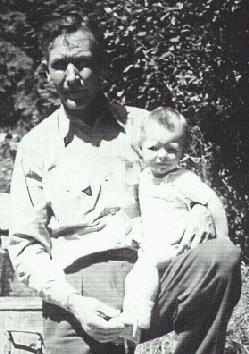 Ernest Self (1900-1987) and daughter Jan
Son of Thomas William Self and grandson of Vinson A. Self (above)
Contributed by Cousin Kate, Ernest Self's youngest daughter
By way of Cousin Larry who writes: "Photo taken in 1946. This man had an interesting life. He retired from the Navy after 40 years. He married while stationed in Panama to an American." 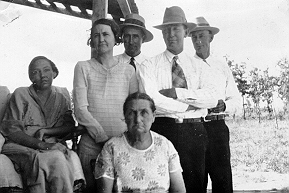 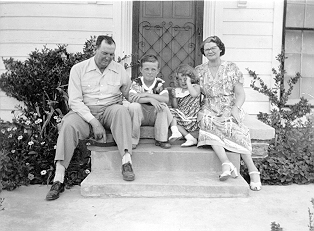 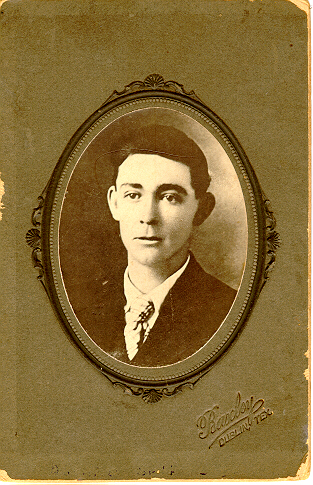 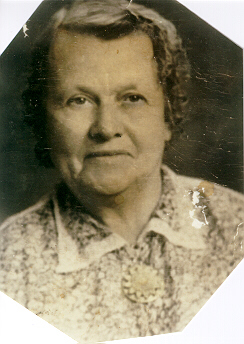 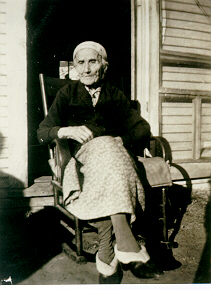 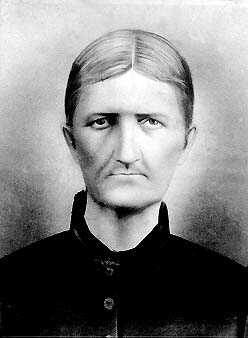 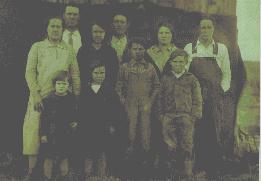 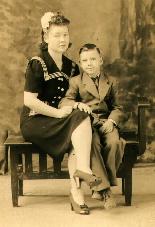 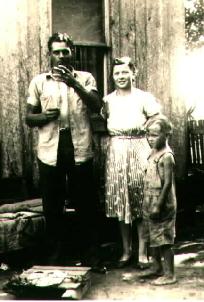 Loal Self and Jimmy Steve Self. The man is believed to be her husband, [unknown] Self