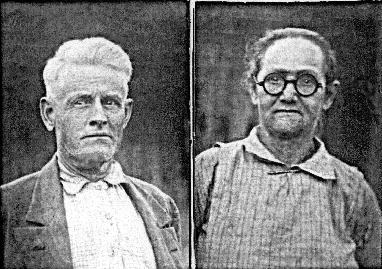 Martin Van Buren Jaggers (1868-1946) and Mary Elizabeth Self (1873-1937)
Contributed by Cousin Doyle (who received them from Cousin Kathy)
Cousin Doyle writes: Martin was known as the "Bird Man" and trained crows to talk. Mary Elizabeth Self was the daughter of George Washington "Fed" Self and Cynthia Ann Webb. "Fed" Self was a minister. George Washington "Fed" Self was born in Warren County, Kentucky, July 1851 and died in 1917. He married Cynthia Ann Webb, daughter of Webster Clay Webb and Ruby Roof, on January 15, 1871 in Edmonson County, Kentucky. His parents were William M. Self (1823-1877) and Margaret E. Davis (1818-Unk.) My grandmother Lillie Anne Jaggers Sanders, kept the dress her mother Mary Elizabeth Self Jaggers died in and when my grandmother died she passed it on to her only surviving daughter, who in turn passed it on to me. 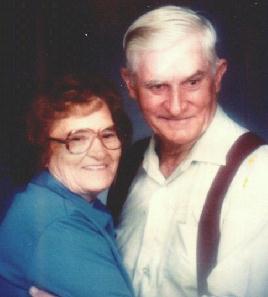 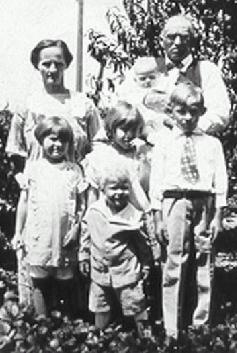 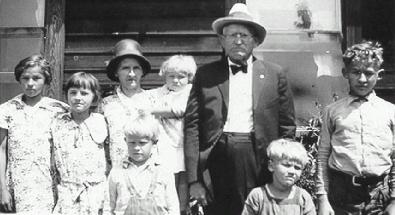 Chesley Self Family
Chesley Sylvanus Self (1861 AL to 1936 CA) and second wife, Josephine Angeline Elizabeth (Henson) Self (1885 to unknown) are part of the Henry Self line. The children are (in no particular order) Ulysses, Pearl, Dyette, Edward, Myrtle, and Jessie. They belong to Chesley's second family, as he already had 10 children by his first wife, Amy Sarah Frances (Tucker) Self (1868-1908)
Contributed by Cousins Dennis, Peggy, and Betty Ann 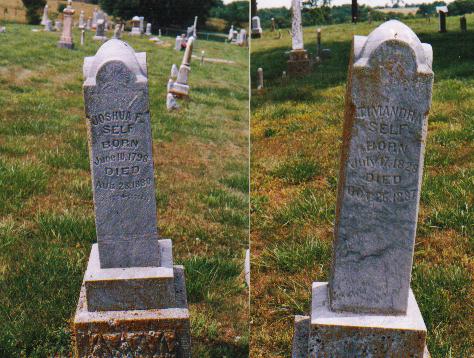 Gravestones of Joshua F. Self (1798-1880) and Trymandia (Rothgeb) Self (1828-1887) of the Missouri (Job) Self line. These Selfs now rest in the New Lebanon Cemetery, Otterville, MO
Submitted by Cousin Phyllis 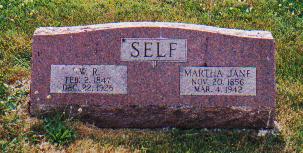 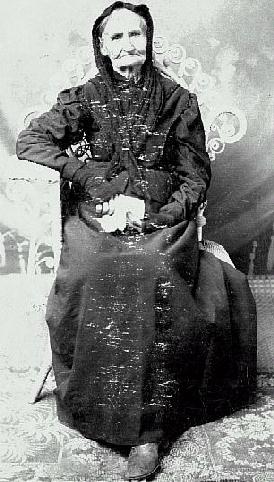