SOME DESCENDANTS OF JOHN AND ALSEY (EATON) SELF 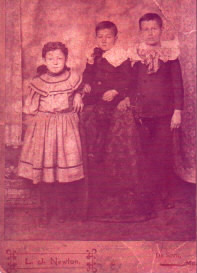 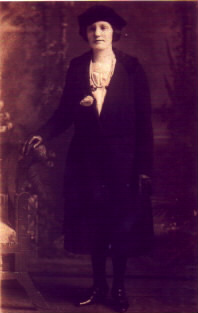 Viola Self, taken about 1908
Cousin Chris writes: "She was probably 18. It might be her wedding photo because she had my grandmother in 1909. She is the daughter of Henry Sheridan Self, and the grandaughter of Thomas B; Self. Ggreat-granddaughter of John Self and Alsey Eaton." 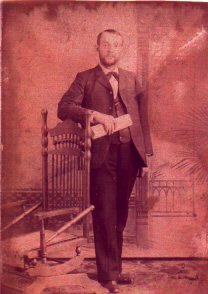 Henry Sheridan Self (1866-1904)
Cousin Chris writes: "This is Henry S. Self, son of Thomas B. Self and Mary Burton. He is the grandson of John Self and Alsey Eaton. I think this was taken the same time as the one of the 3 kids. His wife left them, and he remarried in 1896. His first wife was Lizzie Merritt, 2nd wife was Allie Cummings. The family lived in Washington and Jefferson counties. Henry died in 1904 in DeSoto. He was a brakeman for the railroad and only 39. We don't know yet how he died." 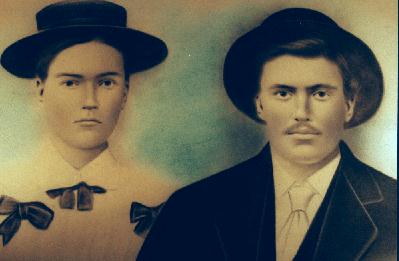 Cousin Larry writes:
Zettie Self (1879-1941) and her husband Dr. Alex Weston (1871-1949)--this is probably their wedding photo. Doc Weston was a respected doctor in the small town of Waterloo, Alabama which is located near Florence in NW Alabama.

From the Jethro Self line 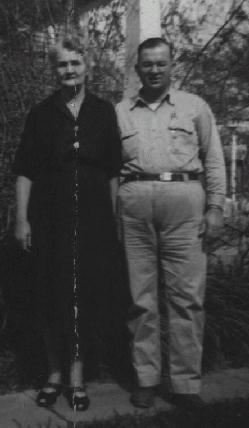 Margaret Self and her grandson, J. D. Self 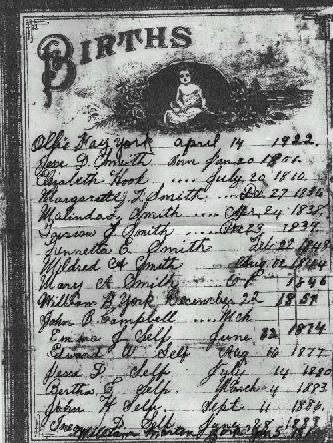 Page from a Bible belonging to this family 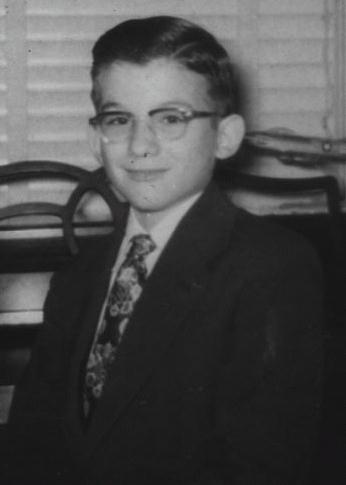 David Self, great grandson of Jesse Self (below) 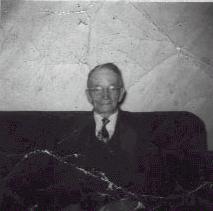 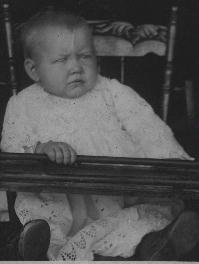 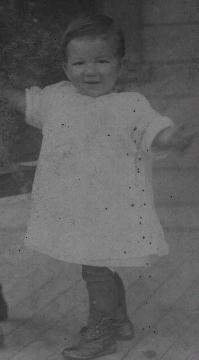 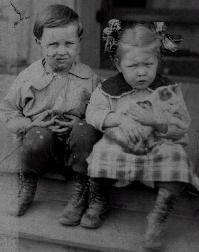 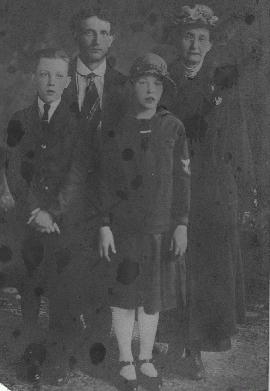 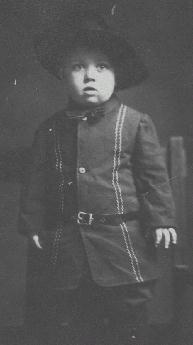 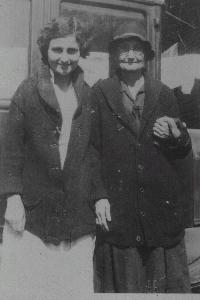 Emma (Self) Peterson and daughter, Dorris 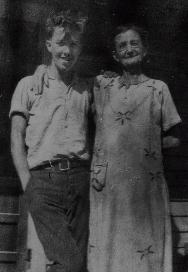 Emma (Self) Peterson and son, Lawrence 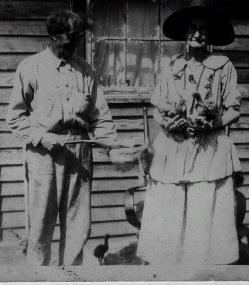 Niels and Emma (Self) Peterson 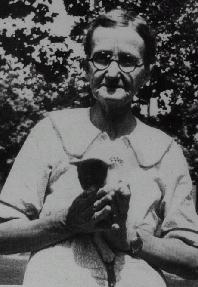 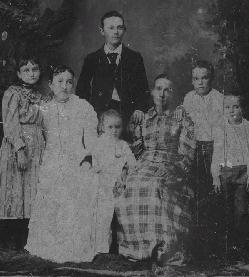